A team of astronomers have observed, over the last 18months, a system of seven Earthlike planets orbiting the tiny red dwarf TRAPPIST-1. All of them could potentially harbor life; three of them are within the star’s “Goldilocks zone,” where surface temperatures average between 0 and 100 degrees Celsius. 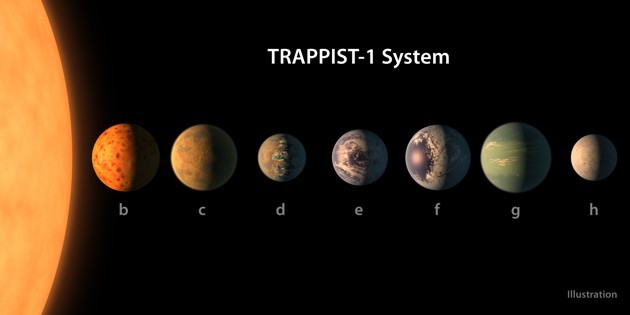 So this is exciting on the face of it but not exactly news — every year we find dozens or hundreds of exoplanets, and as our observations grow more sophisticated, we can narrow in on smaller planets, lying closer to their stars.

So all of this is already pretty geeky, right? I have barely even gotten started…

In college (ca 1990), I occasionally played a “hard sci-fi” roleplaying game called 2300 AD. (This game was, improbably, a sub-brand of the older and entirely unrelated Traveller game, itself a space opera game. They didn’t share narrative arcs, game mechanics or any other thing. They didn’t even feel the same. 2300 AD drew its inspiration heavily from the Aliens franchise; gritty and realistic. Space truckers and space marines. Traveller OTOH had a kind of Star Wars–y vibe; telepathic space empires & sword fights. But I digress…)

One of the really awesome things about 2300 AD was that it was set very near to Earth, and the game included an at-that-time scientifically accurate 3D(!) map of nearby space. Just glancing over the map revealed there were a LOT of red dwarfs in our immediate neighborhood.

But it gets better.

The ruleset had a complex method for building solar systems. IIRC correctly you had to do calculus to get a system correct. (OK this was something 2300 and Traveller both shared: wicked hard math for stuff like designing spaceships or solar systems.) One weekend I was trying to build a star system to use in an adventure. I wanted it to have a habitable, Earthlike planet, with highly evolved life forms. Working backwards from the end result (liquid water, complex lifeforms), I eventually realized my best options were red dwarf systems:

Once I discovered this, I had trouble making a red dwarf system that didn’t have a habitable planet. In particular: a 2+ Earth Mass planet, tidally locked, with a really thick ocean (miles deep). Granted, this was a roleplaying game not Real Science™, but still kind of fun to consider. Red dwarfs just always seemed to tow along a dense little clutch of wet, rocky planets. 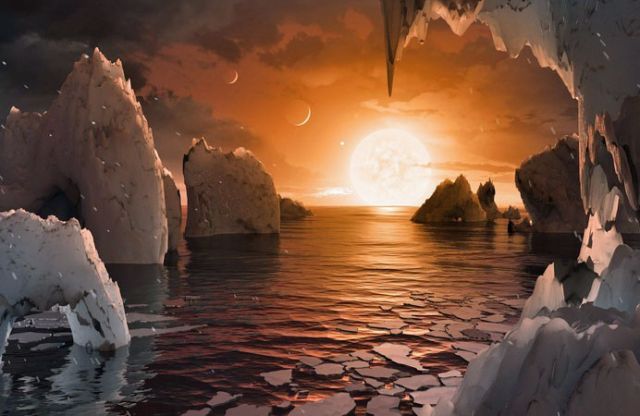 For 27+ years now, I’ve had this enchanting scenario in my head: that the galaxy is full of life, of a form we mostly might recognize (aquatically-evolved, carbon-based, with redox biochemistries), all coming from surprisingly similar systems — but not systems similar to ours. If we one day stumbled upon each other, these aliens might look pretty far-out to us (I imagine cyclopean tentacle monsters), but we would look REALLY far-out to them: tiny air-breathing monkeys from a tipped-over spinny world that drunkily swings between freezing and boiling. 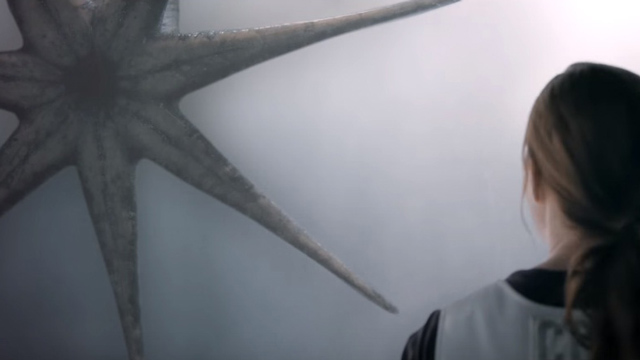