As of this writing I have made 1000 observations of Mt. Hood from Council Crest.

(Three of my observations were “duds” where I didn’t take a photo, or I botched the part where I recorded the observation on my website. So there are actually only 997 total observations on the website. But I have definitely summited Council Crest 1000 times since March 21, 2012.)

So: over the past 3,178 days, I average a summit of Council Crest every three-ish days, or about 110 times a year. Although I have pumped that average a little on occasion.

There are definitely people who ride their bikes up to Council Crest more often than I do (some of them live up there). But none of them has a website 😜

When I started this project in March 2012, I had a vision of creating a web-based tool for visualizing the data it produced. For a brief while I did manage a jankety D3 visualization, long since abandoned.

However, I occasionally fiddle with these data in a spreadsheet. You can download a CSV , but good gravy why would you? This is my obsession, not yours.

Since almost the start, about 45% of my observations have been “yes.” This certainly over-represents how often Mt. Hood is visible…because I’m more likely to ride up to Council Crest when the weather is clear! 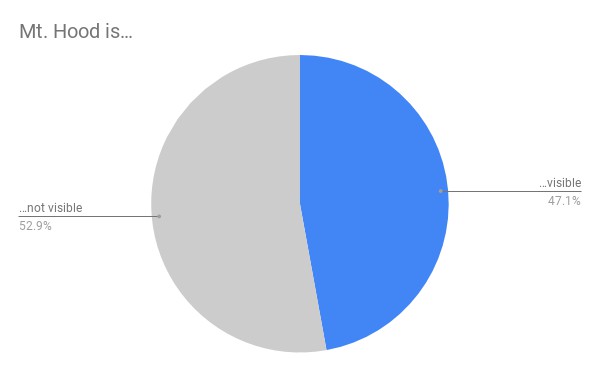 Here are my observations… 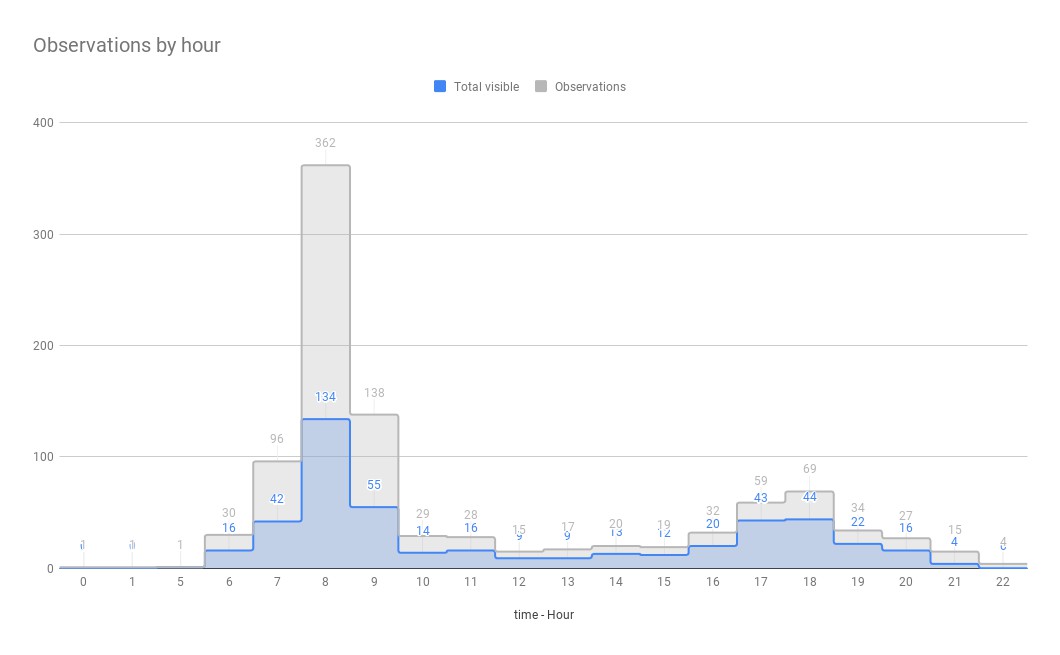 I am most likely to summit during my morning commute, and sometimes on my evening commute 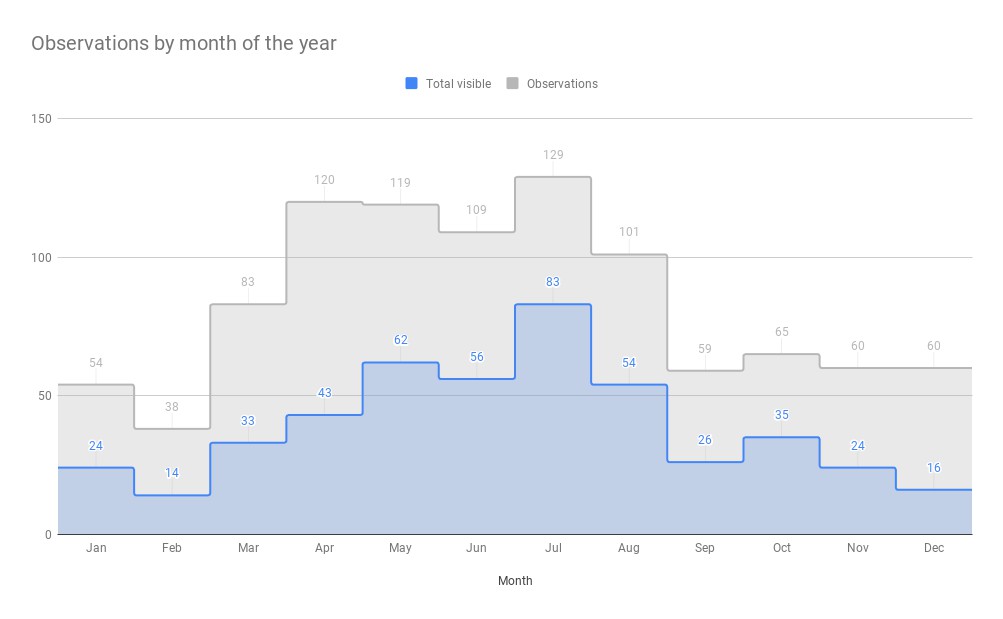 The dropoff from Sept–Nov is probably because I’m likely to be ’cross racing on weekends, instead of doing leisure rides. I am surprisingly enthused about riding up this hill in December. I am clearly the least enthusiastic about riding bikes in February. (Also it’s only December 2nd so Dec–Feb have about 1/8 fewer opportunities for observations). I think the slight drop-off in June is probably an artifact of events in 2014 (injury) & 2019 (trip to Japan + illness). 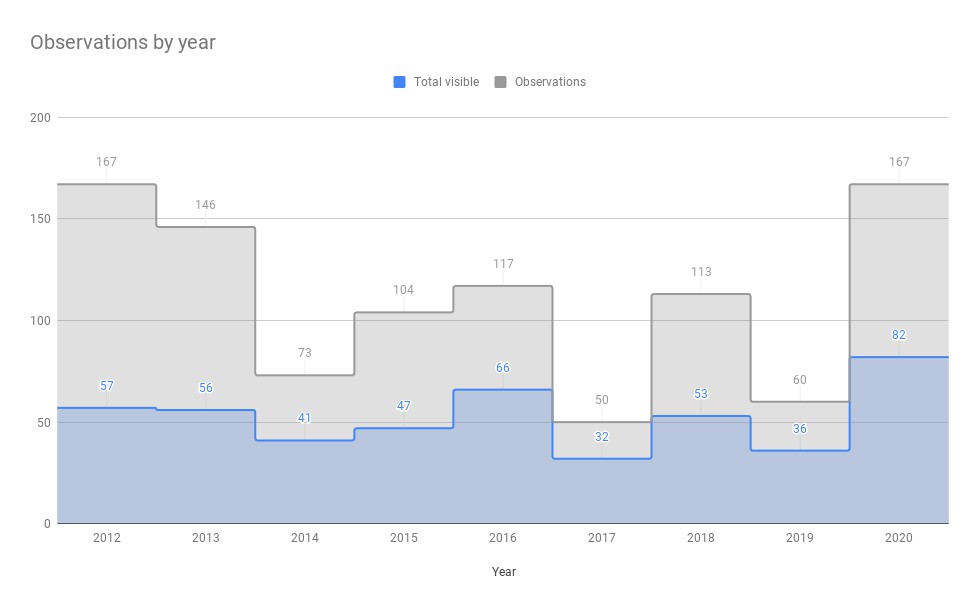 I had an injury in 2014 & recurring illnesses in 2019 that affected my ability to ride bikes. I have been summitting much more regularly this year during the pandemic. Why my observations dropped off in 2017 is a bit of a mystery. Some factors:

I don’t know much longer I will continue to do this. That’s not a coy way of saying I’m considering not doing this; it means I can only imagine doing it indefinitely. Having a steady obsession like this keeps me grounded. On days when I don’t vist my hill, I miss it. I also low-key love that, for a tiny set of Portland cyclists, I have become Mr. Council Crest.

😁😁 I thought of you when I was putting that article together.

For those who don’t know why, read this —> https://t.co/hJ5BuTjcFc